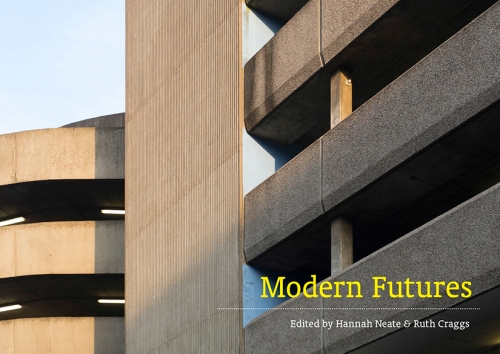 There has been a groundswell of interest in modernist architecture in recent years, particularly buildings from the second half of the twentieth century. Individuals and groups are engaging with modernist environments in the form of popular histories, documentaries and community projects, and digital and social media. Alongside this growing popularity however, many of these buildings are under threat from demolition and regeneration.

Modern Futures explores these trends, their connections, and how more popular and creative engagements might be used to inform the uncertain future of modernist architecture.

Available to purchase from Uniformbooks

Comments Off on Modern Futures

The site has been dormant for a while, mainly because we’ve been carrying on this work in the form of the Modern Futures network.  However we are pleased to announce that a paper drawing on the research we conducted for the ‘Cultures of Architectural Enthusiasm’ project has just been published in the journal Geoforum.  Title and abstract below.

Recent geographical research has considered enthusiasm to be a shared passion and a motivator to action. Through the example of architectural conservation in Britain, and the activities of the Twentieth Century Society in particular, this paper examines the tensions between enthusiasm as a productive and positive affiliation, and enthusiasm as a negative, prohibitive, and at times extremist position. The paper makes three key contributions: firstly, it demonstrates how methodologically it is possible to trace enthusiasm, using ethnographic method to reveal not only what groups say they do, but also what they actually do.  Secondly, it argues that enthusiasm is a productive but ambivalent term that creates tensions within organisations and societies where professional and volunteer roles are present. Thirdly, we show that even though enthusiasm has productive capacities, it also requires careful management, and on occasion denial.  The tensions between enthusiasm and professionalism that we trace are relevant beyond the realm of architectural conservation and resonate with other groups comprised of volunteers and professionals.

You can access a free downloadable version of the full article here (this link will work until 14th July 2016).

In our project we’ve been thinking about the different ways that individuals and groups of people celebrate, campaign for and are generally enthusiastic about twentieth century architecture. Sometimes we’ve been asked if we are enthusiasts. I think I may have given myself away in the latest edition of The Modernist magazine. This is a publication I have been a fan of since its first issue.

In issue no.9 you’ll find a piece by me about Bayko – a building toy. So, yes. I am an enthusiast of twentieth century architecture in many guises. But one of my obsessions over the past year or so has been Bayko, or what I like to think of as suburbia in a box.

For copies of The Modernist 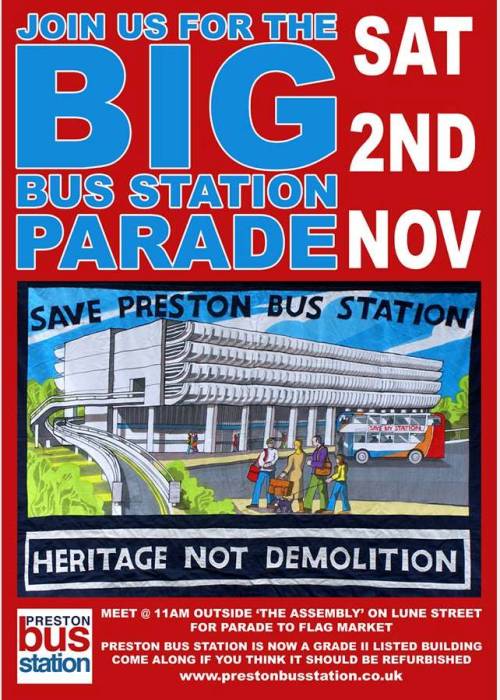 Here are some news reports from today:

Dezeen – ‘making it harder – but not impossible – for the bus station to be knocked down’ – http://www.dezeen.com/2013/09/23/preston-bus-station-protected-from-demolition/

Call for Papers – Geographies of Modernism: architecture, heritage and landscape

Recent years have witnessed an increasing popular and academic interest in architectural modernism, specifically its material cultures, associated political projects, and broader landscapes. This session aims to bring an international perspective to these debates by inviting contributors to examine the histories, politics and contemporary evaluations of the modernist project in diverse places and settings (architecture, design, interiors, town planning, institutions). Papers might consider modernism and its legacies in, for example, post-socialist spaces, The Global North and South, and wide-ranging post-colonial and post-imperial contexts.

Following on from our own work on modernist architecture in the UK, we are interested in drawing together papers that explore links to broader national and international ideologies of reconstruction, development, modernisation, and welfare, and the status of these modernisms today: how are they reappropriated, contested and valued (or not) in the twenty-first century as heritage, real estate, memorial, aesthetic, commodity?  How has modernist architecture, design and material culture been subject to institutionalization as heritage, through national and international legislation and popular campaigning, to disinvestment and privatization through shifting political and economic contexts, and to commodification through popular cultural forms?

Themes and topics to explore include:

Please submit an abstract of no more than 300 words to Hannah Neate (hneate@uclan.ac.uk) by Friday 11th October 2013.

For general information about the conference go to: http://www.aag.org/cs/annualmeeting 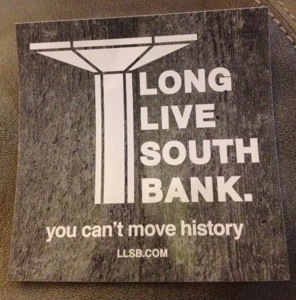 Thanks to Aidan Turner-Bishop, Co-ordinator of the NW Branch of the Twentieth Century Society who gets counted as a guest blogger as he very usefully compiled the following list of places of interest to C20 enthusiasts.  More can be found on the Heritage Open Days website.  For those of you based in London I recommend looking at the Love London Council Housing blog for some other great suggestions.  Also make sure you look up the upcoming events organised by the C20 North West Group.

The old barn where the German artist Kurt Schwitters worked on his final great artwork in 1947, called The Merz Barn. The work itself is now in the Hatton Gallery in Newcastle, to which it was removed in 1965 to preserve it, but the barn is set in a very beautiful part of the Langdale Valley, and has become a place of pilgrimage for all those interested in Dada and Modernist art. Everyone is made welcome, and if they wish given a short verbal introduction to the life and work of Kurt Schwitters, and the background to refugee artists from Germany during WW2. There are also display boards, and an accompanying exhibition in the near-by Shippon Gallery. The main charm of the site is its seclusion, and many people enjoy it just for this.

St Nicholas church, Kingsway, Burnage (N F Cachemaille Day, 1932) with 2002 intervention by Tony Grimshaw) This Grade II* listed building was the first church designed by architect, Nugent Francis Cachemaille Day, and was opened in 1932. Between 2000 and 2002 a major refurbishment and remodelling project changed the internal layout whilst retaining the exterior as originally designed. Video presentation of St Nicholas Church past, present and future plus display of photographs.Visitors’ guides, cards, books for sale and Fair Trade stand. (Open Sat-Sun 1030-1600 /4pm)

All Saints’ and Martyrs’ church, Langley, Middleton. Consecrated in 1964, All Saints & Martyrs is home to the ‘Langley Cross’. This unique sculpture is the work of the internationally renowned artist, Geoffrey Clarke RA. Cast in aluminium, this rugged structure stands 37 feet tall and 20 feet wide. Clarke’s cross portrays the brutality of the ancient Roman practice of crucifixion, yet at the same time seems to interpret this in a more modern context, as the shape of a rifle can clearly be seen within the design. There are many other levels of Christian symbolism which individuals have perceived when contemplating on the cross. The organ is a traditional pipe instrument, built in 1964 in the most modern fashion of the time by the well-reputed firm of Rushworth & Dreaper of Liverpool. (Open Fri-Sat 12-4/Sun 2-4)

St John the Baptist RC Church, Dowling St, Rochdale (next to Rochdale Station Metrolink stop) The sanctuary mosaic cost four thousand pounds and was designed by Eric Newton, son of Lehmann Oppenheimer and Edith Newton, and was completed on 31st October 1933. The central figure being that of Christ the King, a feast day established by Pope Pius XI, his Papal Coat of Arms and the Coat of Arms of Bishop Henshaw are on the side walls. We have extensive informtaion leading back to when the Church was first built with photos of previous clergy, parishioners and much more.

Tin Tabernacle, Eleventh Street, Trafford Park  St Antony of Padua Church was built to serve the residents of the newly built Westinghouse Village in 1904. The church has a corrugated iron structure which it maintains although it was reclad in 1994. It is one of the last remaining ‘Tin Tabernacle’ Churches in the UK. The church closed in 2009 however much interest remains despite there being no residential area nearby. As part of Heritage Open Days, we will be opening the doors of our church and inviting people to come and view our hidden gem. (Open Fri 13, 10-4/ Sun 15, 10-2pm)

Cunard Building, Pier Head, Liverpool . The Cunard Building was the last of the iconic ‘Three Graces’ to be developed with construction of the building commencing in 1914 and completed by 1917. The Cunard Steamship Company commissioned Willink & Thicknesse to design a new central headquarters. The architects used marble imported from Attica, Carrara and Arni Alto in Italy to create Italianate and Greek Revival detail, in the style of an Italian palazzo.  (Bookable tour  on Saturday 14th September at 10am).

Morecambe Town Hall, 1932 grade 2 listed. I hear that it contains much of its original furniture. Guided tour, Sunday Sept 15 at 2.30pm

by hneate | August 30, 2013 · 9:05 am
Conserving the Twentieth Century
Create a free website or blog at WordPress.com.
Loading Comments...